Shanetha’s Story: Getting Her Pre-Baby Body Back 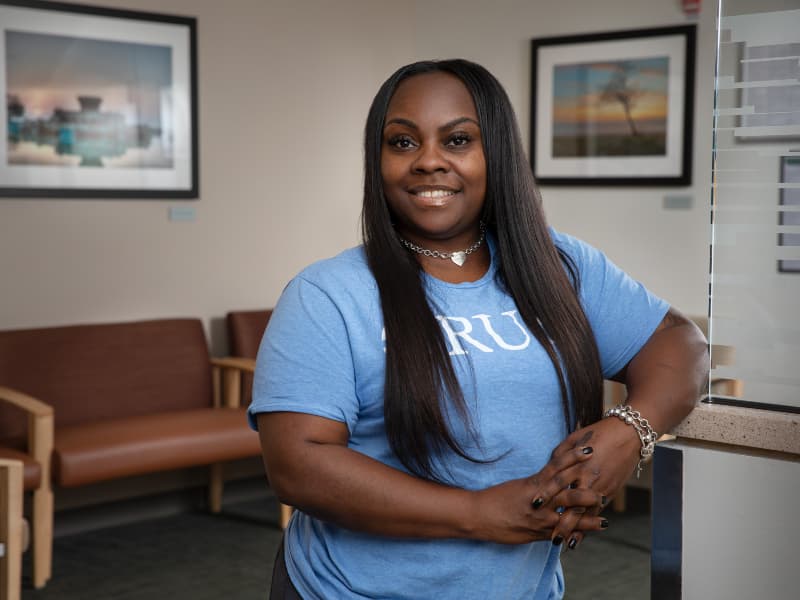 As the lead medical assistant in Rush’s Department of Surgery, Shanetha didn’t have to look far when she decided to explore options for getting rid of the loose skin on her abdomen that had been bothering her since her second child was born.

“After two kids and two C-sections, that extra skin had been bugging me for eight years,” she says. She set up a consultation with Keith Hood, MD, who examined her and talked with her about her goals.

“It’s my job to provide patients with the best solution to correct whatever they’re not happy with,” Hood says. “People sometimes come in thinking they know what procedure they need — but as we have a conversation about the look they want, I’ll explain what would give them the best long-term result.

“Cosmetic surgery is different from other kinds of surgery in that people are electing to have it, so it’s totally centered on their wants and desires. I’m never trying to talk anyone into or out of having surgery; I’m here to provide guidance and get every patient from the starting line to the finish line of what they envision.”

Shanetha had considered having liposuction alone, or a full abdominoplasty (tummy tuck); Hood advised her that the abdominoplasty would let him place internal sutures to tighten the muscles that had been weakened by her pregnancies and C-sections. “That was all I needed to hear,” she says.

Shanetha had her surgery in March 2019 and reports that it couldn't have gone more smoothly. “I knew I was in good hands with Dr. Hood because I’d seen results on his patients — I was really confident in him and knew he was going to take good care of me.” During the two-hour surgery, Hood made an incision at the bikini line, then removed excess skin and fat before placing sutures to bring Shanetha’s abdominal muscles together, repositioning the remaining skin and closing the incision.

He also did liposuction to make sure her body’s new proportions balanced out perfectly. “Part of aesthetic surgery is creating natural contours,” Hood explains. “With abdominoplasty, liposuction on the lateral edges of the hips and buttocks is what helps to shape the waistline people are looking for.” After her surgery, Shanetha was able to go home the same day.

Six weeks later, her incisions were completely healed and she returned to work. “I had no complications, no pain,” she reports; she wore a compression garment to prevent fluid buildup and support her muscles while she healed, and avoided lifting heavy weights for several weeks. “Following any surgery, the aftercare is just as important as the surgery itself while your body heals,” Hood says. “Our bodies are much smarter than we are, so letting the body settle and relax the way it wants to is the most important thing.”

Shanetha says she couldn’t be happier with the results. “I got my flat stomach back, and I’m able to wear clothes that I couldn’t before — I love shopping again! It’s not a small surgery, but it put me back to where I was before I had my kids.”