Becki's Story: Looking like herself again after a traumatic injury 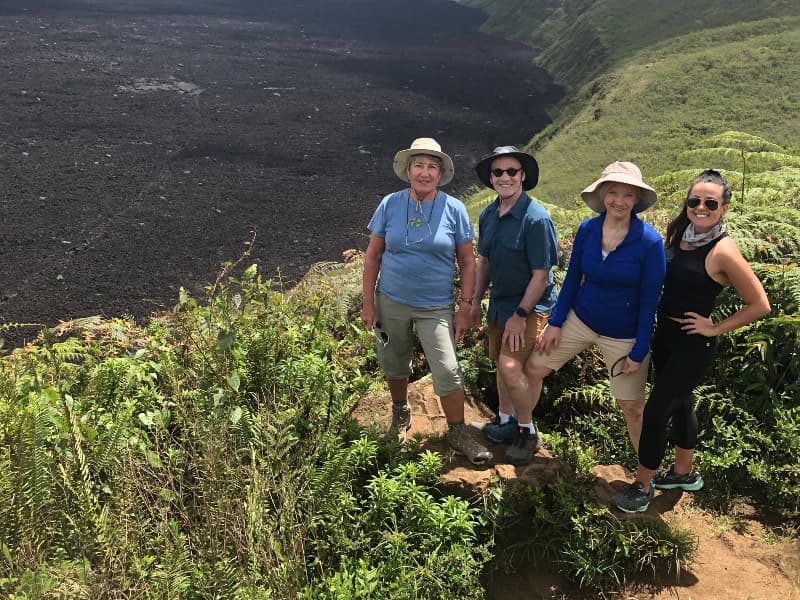 Becki doesn’t remember anything about the accident that sent her to the hospital. She and her husband were on a cycling tour in Italy’s Dolomite Mountains in the summer of 2014 when a speeding driver barreled onto the sidewalk, crushing her bike’s front wheel and sending her headfirst through the car’s passenger-side window.

After a month in a medically induced coma so doctors could control her brain bleeding and swelling, Becki was flown back to the U.S., where she awoke to the aftermath of multiple facial and skull fractures, blunt-force trauma injuries to her nose, and a tracheotomy tube. “Thank God for my helmet, or I wouldn’t be telling you any of this,” she says. After another month in a rehabilitation hospital where she re-learned how to swallow, eat and speak, she was able to go home.

Surgeons in Italy had repaired Becki’s injuries, but she was left with deep facial scars and a large chunk of cartilage missing from her nose. “I didn't look anything like myself — half of my nose was gone,” she remembers, “and going out into the world was hard” because of her high-level job that required public appearances. She consulted with a plastic surgeon who told her that she needed a facial reconstruction expert and referred her to Amir Dorafshar, MD.

“The thing about Dr. Dorafshar that I found so amazing was that he was willing to listen to me,” Becki says. “He really heard me. We talked about a couple of different options for repairing my nose; one was a more invasive procedure with a longer healing time, and the other was the cartilage graft that we eventually settled on. He was open to my concerns about fitting my recovery into my demanding job, and encouraged me to think about the options.”

Dorafshar performed Becki’s first procedures in January of 2015: Cartilage graft surgery rebuilt her nose, and dermabrasion reduced the depth of the deep mid-face scar that ran from her forehead to her chin. During surgery, Dorafshar artfully removed a small amount of cartilage from Becki’s own ear and sculpted it to fill in the missing part of her nose. The otoplasty procedure left Becki’s ear looking completely normal while providing enough of her own tissue for the repair.

When Becki returned to the hospital to have her bandages and sutures removed, she remembers that Dorafshar and her husband seemed taken aback. “Both of them had these looks on their faces,” she says, “and because Dr. Dorafshar had warned me that the graft could potentially be rejected, that was my first thought. But in reality, they were both just amazed at how good it looked.

“I texted my boss, who’s a good friend, on the way home to say ‘My new nose is awesome,’” Becki remembers with a laugh.

At her followup appointment a month later, Dorafshar talked with Becki about additional procedures that could help minimize her scars and restore her appearance. After the healing from her first surgery was complete, she had a second round of procedures: fat grafting to further improve the appearance of her scars, as well as an eye lift, facelift and chin lift.

“The main thing we did was make her look like herself again,” says Dorafshar. “I know it sounds like a cliché, but you can’t tell she’s had surgery — I worked to make her look normal and natural.” After her second round of surgeries, Becki reports, she ran into a friend she hadn’t seen in a while, and he said, “You look like the old Becki!” “That was the best thing I could hear,” she says. “I’m very happy with the results.”